Remember there are three principles to consider when working with forms:

These three considerations are established when the form is created, as seen in the dialog box below.

These properties can also change dynamically as a result of rules being applied, see Rules.

If you use the Form action rule called Field display mode, you can change how a field or form displays dynamically. For example you have a condition set that the display will change based on the condition being present or not.

When you add this rule, under Action you can choose a field or form and choose from Edit mode or Read mode. 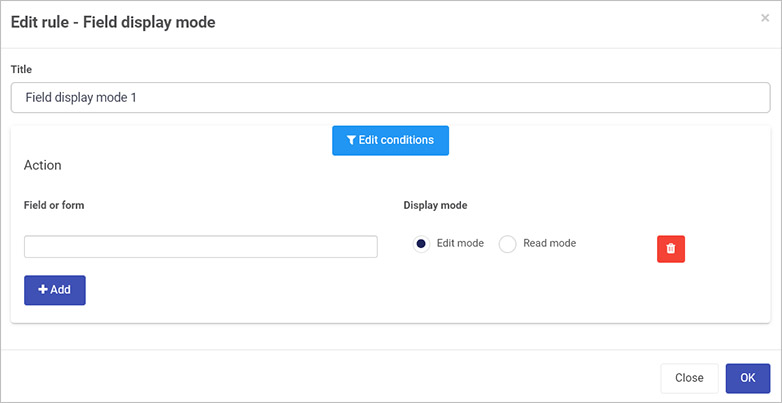 For more information on this rule go to Field Display mode rule.

Other rules can be used in other ways to change process workflow and therefore how forms behave. For example using the Assign form rule you can assign a form to a particular user, making them the form owner, and therefore giving them edit access to the form.