When creating forms, it is important to consider form access during the design phase, that is who can access and edit forms in a process instance. For example if an employee submits a performance review form, a line manager may wish to access that submitted process instance/record and edit the form, adding in comments and performance grades.

So what is form owner? A form owner is assigned when a form is created in Kianda Designer. Form owners can also be added to a form design at a later stage by editing the form. Only the form owner will be able to edit current forms in process instances (records), see below.

Getting started with Form owners 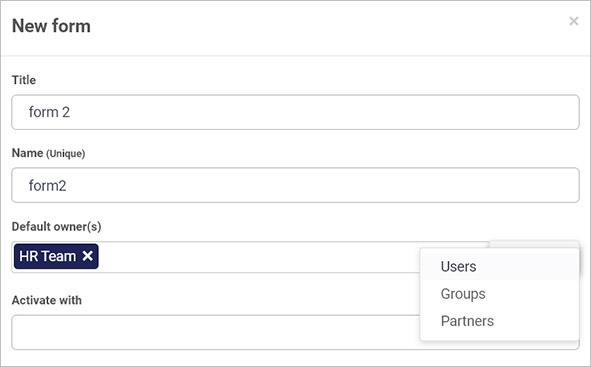 It is also possible to allow other users to have edit access to forms using the Assign rule and Quick actions.

To learn more about rules including Assign rule go to Rules.

To find out how forms work within processes go to Process.